Choose at least one book for each term as additional independent reading.

See World History Reading Plan for a breakdown of the main text, The World’s Story.

Mara, Daughter of the Nile by Eloise Jarvis McGraw

Theras and His Town by Caroline Dale Snedeker – Sparta and Athens

Detectives in Togas by Henry Winterfeld

The Ides of April by Mary Ray [Bethlehem Books]

A Triumph for Flavius by Caroline Dale Snedeker

Between the Forest and the Hills by Ann Lawrence [Bethlehem Books]

Dragonslayer: The Story of Beowulf by Rosemary Sutcliff

A Proud Taste for Scarlet and Miniver by E. Konigsburg – Eleanor of Aquitaine, 12th century France and England

Adam of the Road by Elizabeth Grey

The Ramsay Scallop by France Temple – a young betrothed couple are sent on pilgrimage, set in England in 1299

The Trumpeter of Krakow by Eric Philbrook Kelly

Ring Out Bow Bells [US Title: The Sign of the Green Falcon] by Cynthia Harnett – England, early 15th century

I, Juan de Pareja by Elizabeth Borton de Trevino – story of a young slave owned by the painter Velazquez

A Tale of Two Cities by Charles Dickens – French Revolution

The War, 1914, a History and an Explanation for Boys and Girls by Elizabeth O’Neill

Karl I – The Emperor of Peace (Magnificat)

Rilla of Ingleside by L. M. Montgomery (a story about WWI from the Canadian home front.) 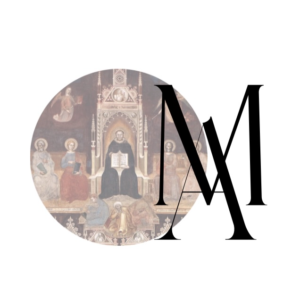 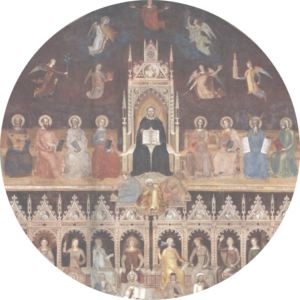 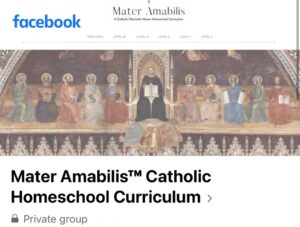 Join us in a private Facebook group for support implementing Mater Amabilis curriculum.

Overview of the Curriculum 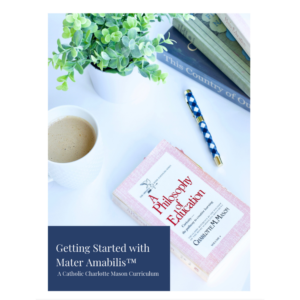 How To Study Shakespeare

This site contains links to Amazon. As an Amazon Associate, Maureen Wittmann earns affiliate income from qualifying purchases made through linked purchases from this site. We are grateful for your support which goes toward the maintenance and upkeep of Mater Amabilis.

“. . . our Blessed Virgin Mary is called Amabilis, or lovable, as being such to the children of the Church.” -Bl. John Henry Cardinal Newman

Here is a new video on the value and process of copywork.

Here is a brief tour through the website, including how to find the introduction, overview, subject helps, and level landing pages. We have also included a tour of level 1A as an example of the resources available for most levels, and a quick look at the high school levels.

by Sally Thomas I’ve always loved copywork. In grade school, the nicest days – aside from the days when the art teacher read us Amelia Bedelia – were the days when the teacher handed us a poem, purple, damp, and vaguely vanilla-scented, fresh from the ditto machine. Generally it was a poem of the season, … END_OF_DOCUMENT_TOKEN_TO_BE_REPLACED

Mater Amabilis gratefully accepts donations toward the maintenance of the site.

Mater Amabilis does not collect, use, or store data from visitors.

Third parties (including Amazon and any other site we link to) MAY collect, use, or store data from visitors, and place or recognize cookies on visitors’ browsers. We are not responsible for the content or privacy practices of such other sites. We encourage our users to be aware when they leave our site and to read the privacy statements of any other site that collects personally identifiable information.

Mater Amabilis is a participant in the Amazon Services LLC Associates Program, an affiliate advertising program designed to provide a means for us to offset fees by linking to Amazon.com and affiliated sites.

Copyright © 2003 – 2022. All Rights Reserved. Use of this material is subject to the terms of the Mater Amabilis™ License Agreement.

Use of the Mater Amabilis™ name and/or image is not permitted without written permission.